The last 2 years have been particularly fruitful for the e-commerce industry. The pandemic time has caused interest in online stores to increase significantly. Many retailers have decided to open their business on Shopify or move it to this platform. To ensure even better and easier sales, the company has implemented or plans to implement a number of changes. Which are the most important?

What new features in Shopify will help you achieve even better results?

We keep you updated on what’s new with Shopify’s online store when there are valuable changes. It’s time to report the biggest Shopify Trends of 2021/2022!

The future of e-commerce is fast and well-designed sites that offer customers a remarkable shopping experience. Recognizing a need in the market, Shopify has built its own software library written to enable developers to create unique and powerful online stores.

Hydrogen’s publication fits into the currently hot trend of headless e-commerce – that is, separating the visual layer from the data infrastructure. To illustrate this concept as simply as possible – imagine that your Shopify store can receive orders placed from any user interface e.g. website, mobile app, infokiosk, smartwatch, or even via voice assistants (Google, Alexa, etc.).

Hydrogen offers pre-built components, ready to retrieve and display data through the Shopify Storefront API which significantly reduces the time it takes to build Shopify 2021 stores in a headless approach. 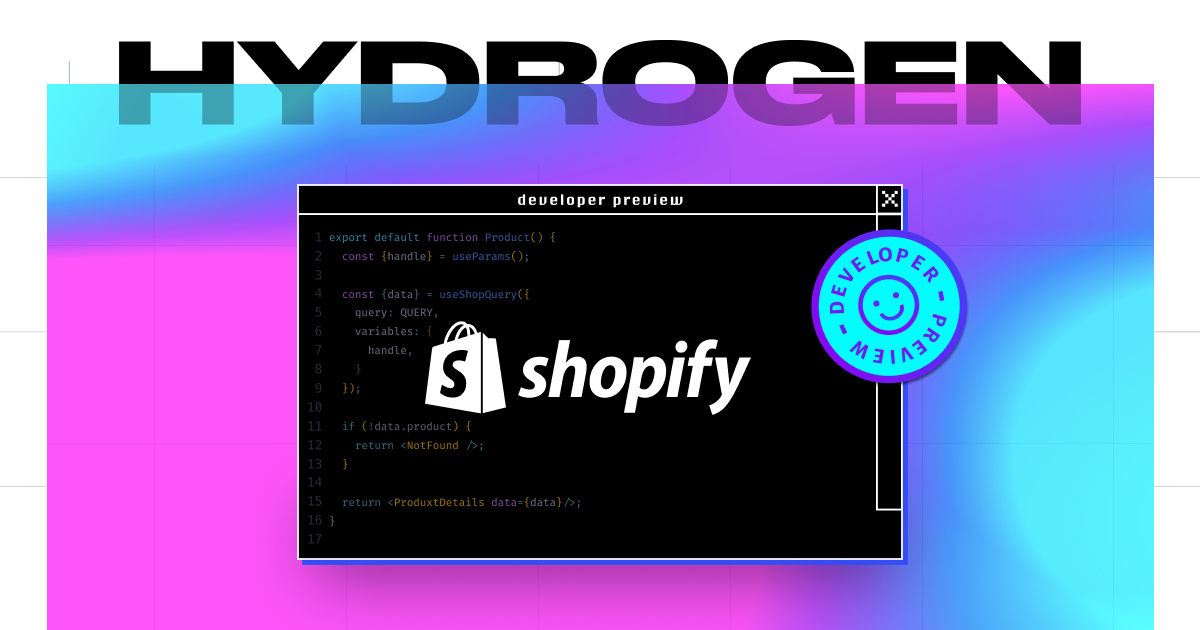 Oxygen is a hosting solution from Shopify on which merchants will be able to host their Hydrogen-based e-commerce sites. The hosting infrastructure will be based on more than 100 locations worldwide, which will significantly impact the performance of the sites. Oxygen’s launch is announced for 2022.

Shopify Markets is a solution for making global sales even easier. With the solutions available, vendors will gain the ability to:

Shopify Markets is being introduced globally, but for the time being, the real benefit of this solution will be felt by merchants registered in countries where Shopify Payments operates. Using Shopify Payments will allow you to offer cross-currency payments to customers in different markets. We write about how to offer sales in multiple currencies using Shopify in a separate article.

Shopify 2.0 is one of the major innovations that Shopify introduced to its engine in 2021. Shopify 2.0 here refers to the new version of the standard in which Shopify stores are created. This is all about expanding opportunities for developers and designers. With the introduction of the new version of templates, the flexibility, scalability of store templates, as well as the possibilities of data presentation have increased significantly. Key aspects include the ability to reuse section components (the same section can now be easily used elsewhere), expansion of different content types with meta fields, expansion of native product filtering capabilities, and the ability to set the order of sections on any page in the “customize” tool.

The changes made affect many options, so we discuss Shopify 2.0 in detail in a separate article: “Shopify 2.0, the new and improved version of the Shopify store”.

NFT tokens have been one of the hottest topics in the IT industry over the past year. It is a type of cryptographic token that is a digital certificate that proves ownership of a particular good. As their sales continue to grow, Shopify’s NFT beta program is in place in the United States, allowing for the initial sale of tokens through Shopify Payments, either through the Shopify storefront or its API. This functionality is available to merchants who have subscribed to the Shopify Plus package.

Want to stay on top of what’s new in the Shopify world?

If you run a store on Shopify, keeping track of what’s new on the platform will help you grow your business and manage it more efficiently. We’d love to hear what you think about Shopify updates in recent months – let us know on Facebook or Instagram. You can also leave a message using the form below.

We take care of the migration and Shopify store development from start to finish. Fill in the form below, write to us at hello@wecanfly.pl, call us on +48 600 273 822 or let's discuss your project via the chat app. Let's start working on your store.